THE MINIS ARE COMING! Exhibit of Miniatures by Kathy Opdycke 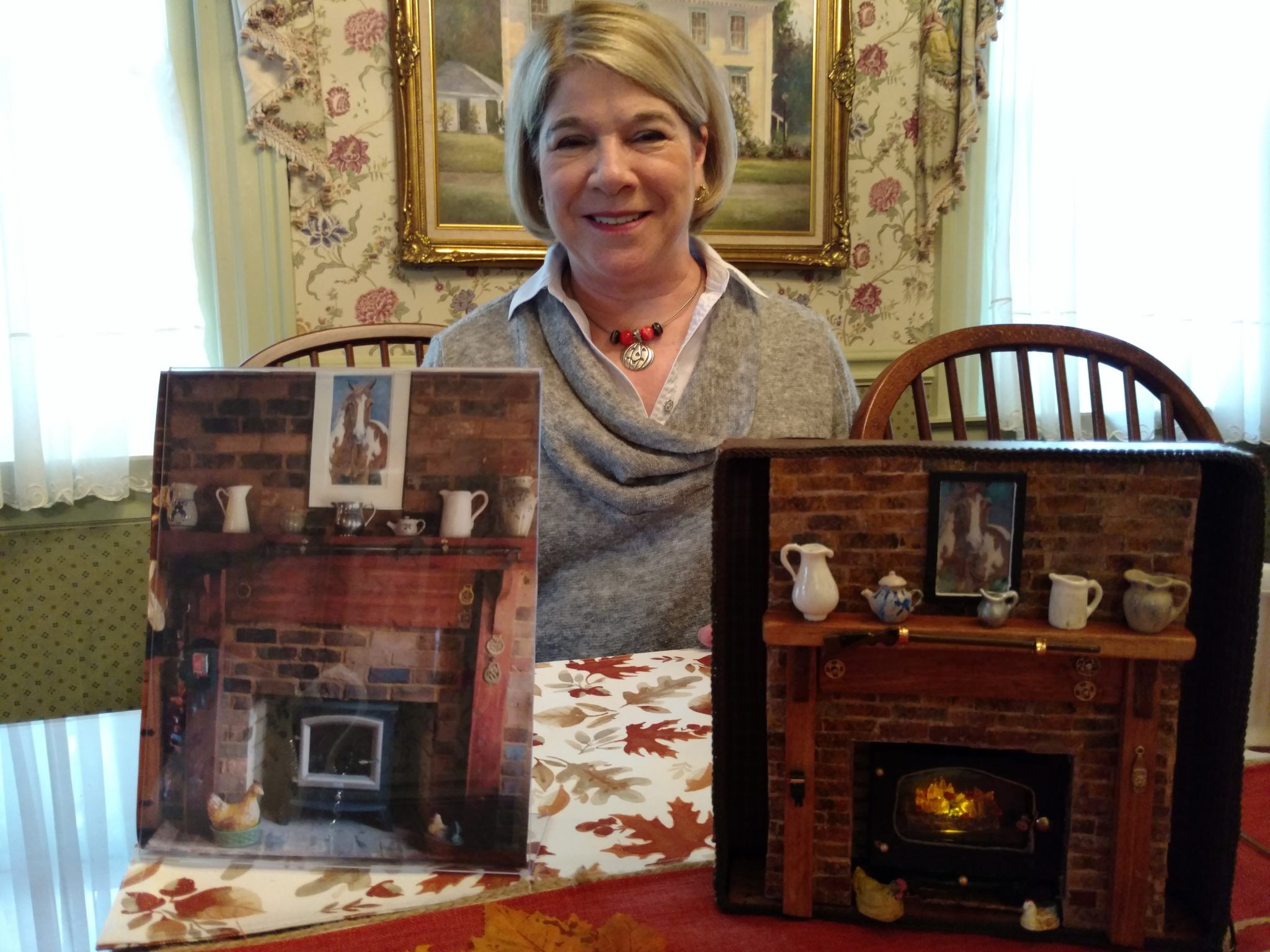 We are most fortunate to be hosting a collection of Miniatures created by Miniaturist Kathy Opdycke from Richmond, Virginia. Kathy has created seven masterpieces that will be displayed in the entryway of the Daniel Stebbins House from January 23 through April. If you love miniatures please come and check them out. If you aren’t familiar with the attention to detail and artistry required to create an item in 12:1 scale, come check them out. Call us at 413-533-2149 to make an appointment to see them. You will be enthralled.

“This miniature home was created following a drive through Historic Deerfield’s Main Street.  I knew immediately that I wanted to recreate the same historic charm from Colonial times, but in mini. Bartlett House was constructed for me.  I then decorated the interior. I handmade the bedding and reupholstered the couch in a fabric that went well with the murals on the walls.” 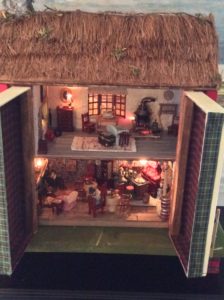 “I was inspired to create this Scottish pub when my husband received a bottle of Balvenie malt scotch for Christmas several years ago. The bottle was presented in a box that I used as the double front doors of the pub. A craftsman restructured the box to create the upstairs and downstairs.  The rest (excluding some pieces of furniture and the people) was made by me.  This mini depicts a Scottish pub in the bleak countryside, a place to read and sip a brew by the fire.  Its’ walls are filled with Scottish memorabilia and accessories”.

“Who doesn’t love Mary Poppins?  It’s a classic story cherished by everyone! 17 Cherry Tree Lane is the home of Jane and Michael Banks who can be seen in the upstairs window eagerly awaiting the arrival of their new nanny, Mary Poppins as she descends across the rooftops of London”.

“I’ve always been intrigued with the concept of ‘downstairs’ within the grand mansions of the late 1800’s. It was a world that the “upstairs” rarely experienced; a world where domestic servants took great pride in their positions; a time when there was a keen focus on cleanliness, crisp fashions and bright whites. And it all started in the Laundry Room where tables are laden with clean towels and starched shirts and wash tubs are full of soapy water and soaking clothes.”

“My husband and I have dear friends who own a charming country home in Brownsburg, Virginia nestled in the Shenandoah Valley. The dwelling dates back to the early 1700’s and was constructed using chestnut beams with faded chinking in between. I took a picture of their kitchen wood stove fireplace and the mantle and recreated it as a miniature diorama    to give to them as a house gift. The picture over the mantle is of Barbara’s horse. Other memorabilia is an exact match to what is in the Brownsburg house.

“This project was inspired by memorable summers spent in mid-coast Maine where crab/ lobster shacks are an icon. This one includes a sea captain, his dog and cats and all the accoutrements of an actual lobster shack including the impression of constant motion on the water ‘s surface.”

“This creation was a club project that I dedicated to my three grandsons. Each bunk bed is dressed with comforters that reflect the personality of each child.”