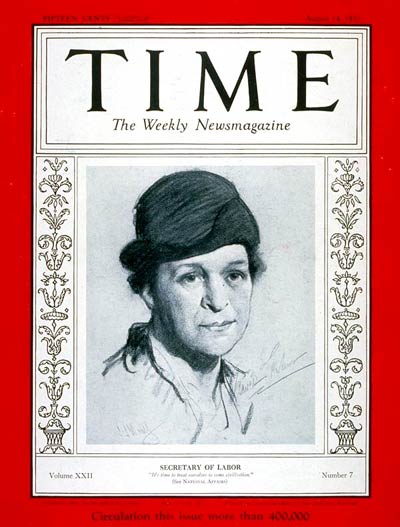 Francis Perkins (born Fannie Coralie Perkins in April 10, 1880-May 14, 1965) was an American sociologist and workers-rights advocate who served as Franklin Delano Roosevelt’s Secretary of Labor,1933-1945, the longest to serve in that position, and the first woman to serve as a cabinet secretary. She was the principal architect of the New Deal, credited with formulating policies to shore up the national economy following the nation’s most serious economic crisis and helping to create the modern middle class. She was in every respect a self-made woman who rose from humble New England origins to become America’s leading advocate for industrial safety and workers’ rights. She graduated from Mt. Holyoke College in 1902.

You can read more on her Wikipedia page.

Our first floor room, The Royal Room is named after Francis Perkins.